What are MMI Ethical Scenarios?

MMI Ethical Scenarios involve addressing a clinical or non-clinical task with clinical implications. Often the task is not clearly advertised as an ethical scenario; hence it is essential to differentiate this scenario from other station types, given the unique approach required.

Example ethical scenarios can include deciding how to prioritise limited resources, for example you have one organ available but two suitable recipients, or managing medical or non-medical errors in an appropriate manner.

​How To Prepare For MMI Ethical Scenarios?

​In addition to practice, MMI Ethical Scenarios require a strong knowledge base of key ethical topics and principles. As such, in addition to viewing the video tutorial and practising MMI Ethical Scenarios regularly, we would also recommend that you have a firm understanding of the 4 Pillars of Medical Ethics, as well as common ethical topics such as euthanasia, abortion, organ donation and stem cell technology.

We have included stations addressing a number of these topics in our MMI Interview Courses and MMI Question Bank with model answers for candidates to review and practice. 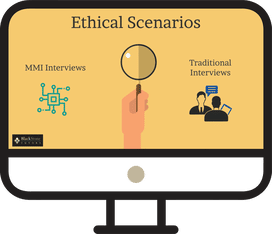 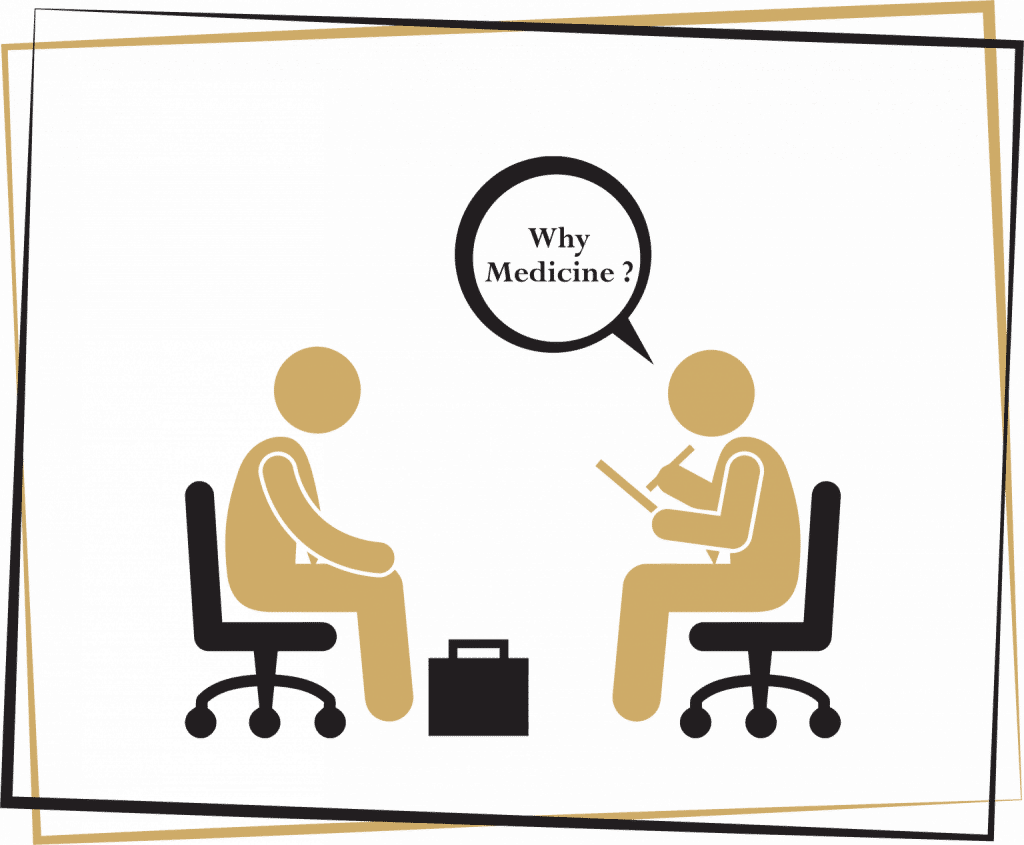 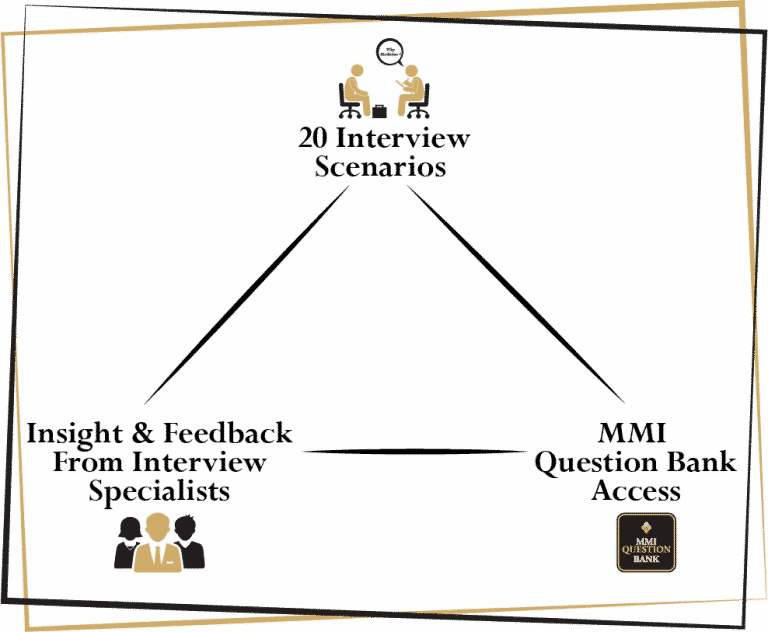 Two Sorts, Two Sides – There are two main types of ethical scenarios, each requiring its own unique approach (see video above). However, common to all ethical scenarios is the need to offer balanced input and address both sides. Studies have found that remarkably more than two-thirds of applicants fail to address both sides in MMI Ethical Scenarios despite knowing the importance of this. This is due to a combination of factors, including not recognising the ethical scenario, interview pressure as well as being ‘cut-off’ before being able to offer the opposing arguments. Hence, we would recommend that you always commence every ethical dilemma by recognising that there are two sides with a statement such as ‘There are two sides to consider..’. Hence, even if you are interrupted before offering the opposing view, you will still be regarded as one of the minority of candidates who offered both sides to the ethical dilemma.

4 Pillars of Medical Ethics – Autonomy, Justice, Beneficence and Non-Maleficence. These are not only important for daily medical practice, but equally essential for medical school MMI Interviews. Ensure that you know what each of these principles means, and consider memorising one or two examples of their application pre-interview. Wherever possible, attempt to include these core principles in MMI Ethical Scenarios.

​Recognise The Ethical Scenario – Half of the challenge with ethical scenarios is recognising that this is not a general Role Play or Communication Station, and instead this is an ethical scenario. As such, when preparing for interviews, ask interviewers not to mention the nature of the scenario beforehand; instead combine a variety of different MMI station formats in order to improve your recognition of different MMI scenario formats, and the techniques required for each.

What Am I Being Assessed On In MMI Ethical Scenarios?

MMI Ethical Scenaros assess the ability of candidates to offer a balanced perspective with consideration of opposing views and ethical principles. In the majority of ethical scenarios, there is no ‘right answer’ with the only correct answer being the answer that includes a balanced consideration of multiple perspectives.

In addition to understanding the Four Pillars of Medical Ethics, it is essential to have a firm knowledge base regarding common ethical topics such as euthanasia, abortion, organ donation and stem cell technology. Candidates attending an MMI Interview Course will receive access to our Online Question Bank, which includes scenarios relating to a number of these important ethical topics.

​You are standing at a railway junction and you notice an oncoming train is approaching rapidly and is on course to hit a family of five who are crossing the same track. To your right, you notice a lever which can be used to divert the train to the parallel track, where you can see one individual standing on that track. You are aware that whichever track the train choses to follow, the individual(s) present will not have sufficient time to move out of the way, nor will the train have sufficient time to stop.

Explain what actions you would take in this scenario

You are an FY2 doctor on the elderly care ward, and one of your long-term patients (Mr Thomas) is due to be discharged later today. Mr Thomas is very appreciative for the care you have provided him over the last one month, and as a token of his appreciation, he has given you an envelope with £500.

Explain your actions in this scenario? How would your actions differ if Mr Thomas advised you that he also gave each of the other doctors and nursing staff on the ward £500?