The multiple mini-interview consists of ten, ten-minute stations, each with a two-minute break in between.  Stations may take a variety of forms including those that are task-oriented, simulation- or scenario-oriented, or more traditional i.e. discussion-oriented.
The stations will assess characteristics such as:

Ethical Dilemmas – Applicants may be given a scenario within a context on which they must discuss or, alternatively the dilemma may be given as a single question. These issues will have no clear right or wrong answer. Instead, multiple viewpoints must be explored and a well-considered and justified decision to be reached. Examples of both ethical scenarios and singular questions are as follows:

Role-play Scenarios – these stations utilise the skills of a trained actor and aim to assess attributes such as empathy, listening and communication skills.  An observer may be present during the role-play experience but will not interact with the candidate or the actor.  To maximise your performance in these stations, review BlackStone Tutors “6 Stages of MMI Role-Play”.  An example of a recently used role-play scenario includes:

Personal Statement/General Questions – These stations offer the interviewer insight into who the candidate is as well their background. The questions posed in this station often include a broad range of questions and may include:

Motivation and Insight into Medicine – This station explores the candidates desire to pursue a career in medicine, including attributes that they believe will be of benefit, reasons for study and how they plan to achieve this goal. It will also investigate the candidate’s perceptions of both doctors and the realities of a medical career as well as health-related topics within the medical community/media. Questions may include: 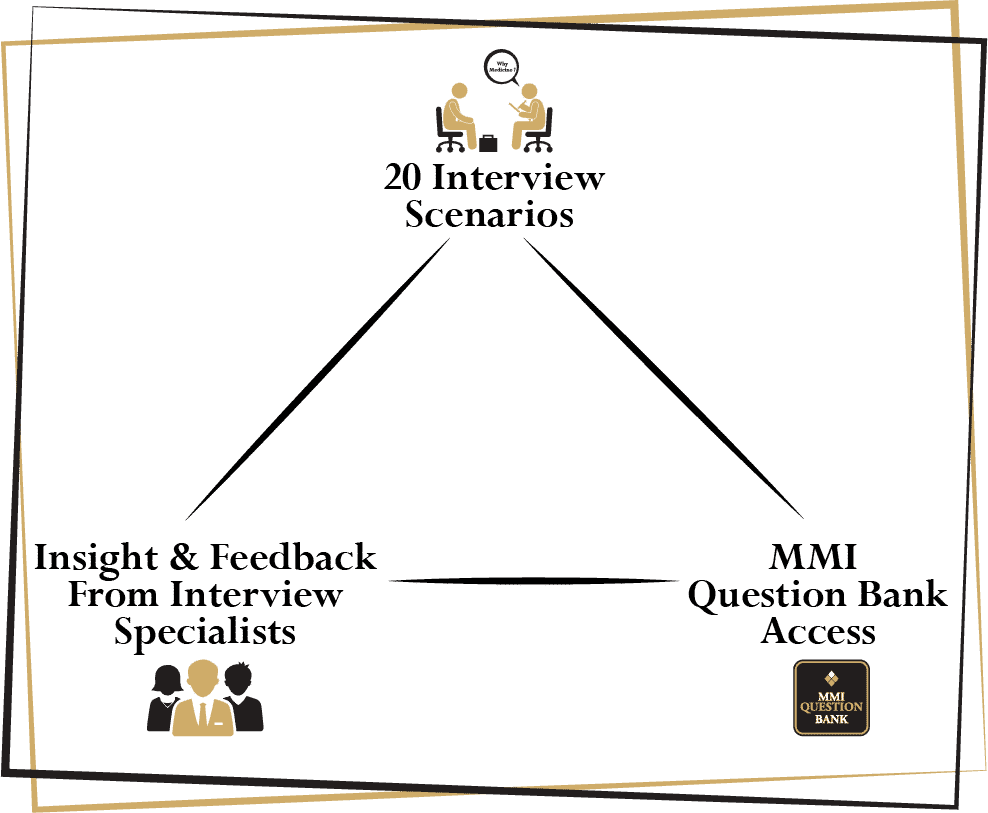